Germans and Irish in America 1880 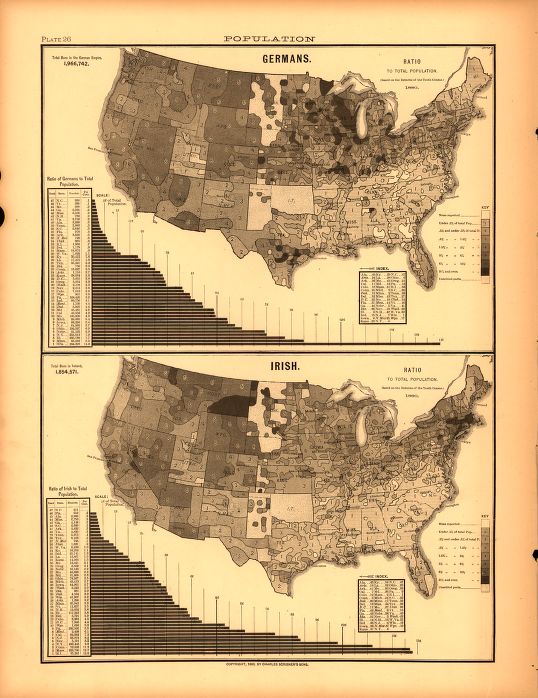 Western is also a depository for Washington state.  It was a depository for Canadian federal documents until that system was eliminated.  Besides paper, fiche, CD-ROMs and posters, Western sometimes receives exclusive access to federal websites.  For example, the Homeland Security Digital Library is only available through depository libraries.

The forms filled out by individuals are released 72 years after the Census is taken.  Western has most of this data for Washington and Oregon.

The Congressional Serial Set (also known as the Sheepskin Set) consists of hundreds of thousands of reports to and from Congress.  Categories of possible interest to genealogists are reports on private bills (e.g. "Mesita Juana Lopez, private land claim in New Mexico,") petitions to the government ("James Bradford and others, hunters of Oregon, petition of, to settle on Columbia River"), and lists of government employees ("Names of all persons employed in branches of War Department, except officers of the Army, 1849").

Western Libraries now has full-text access to all volumes of the Serial Set (and its predecessor, the American State Papers) through 1969, in ProQuest Congressional Publications.

Western Libraries has an index to the Serial Set, covering 1789-1969, and owns several thousands of the paper Serial Set volumes.

All volumes from 1995 forward are online through the Government Printing Office.